Home » Gardening » How to Get Rid of and or Control Weeds.

Weeds are by far one of the biggest challenges that gardeners face.  But it doesn’t have to be that way and I promise to show you how to get a handle on weeds and keep them under control forever with a few simple steps. Weeds out of control.

What it takes to make a weed happy.

Mike!  Are you crazy?  I don’t really care to make my weeds happy!

Yes, I’m crazy.  I just bought two Miniature Donkeys for no apparent reason.  And that’s far from the only thing that qualifies me as be crazy. 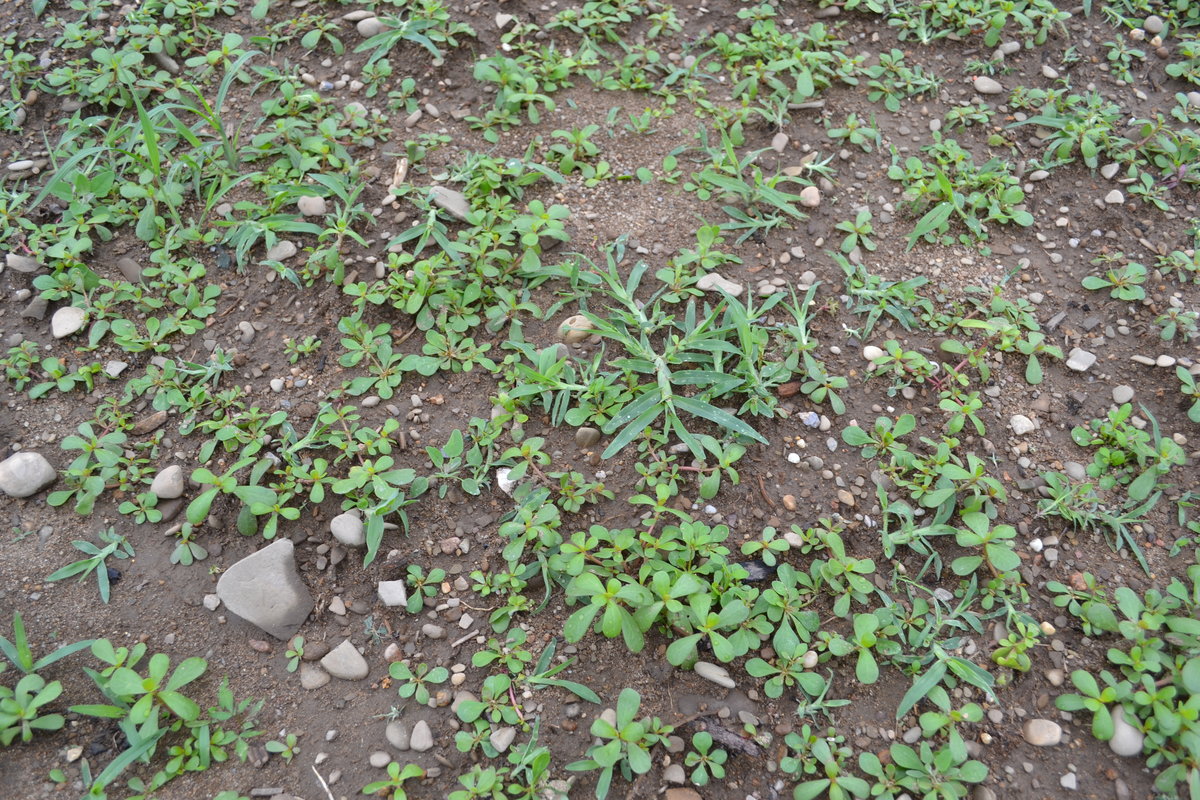 Weed seeds germinate before your eyes.

Back to the weeds.

You have to understand what it takes to make weeds happy so you know which things to remove from their life.  Once removed the weeds wither away and die and new ones don’t return.

Ut-Oh.  That ain’t good because all of the plants in our landscape need those same three things, how can we possibly take them away?

We can’t remove the water because Mother Nature is in charge of that most of the time and our plants cannot survive without water.  We can’t remove nutrition because our plants need the nutrition even more so than the weeds.  So that only leaves us one thing we can control.

How One Guy Sold $500 Worth of Plants to His First Customer. Weeds get out of control quickly.

Weeds need sunlight, and yes Martha, we can control that.  Controlling sunlight is easy because most of our plants grow at least a few inches above the soil so if we control or block the sunlight at the soil level.  That will not affect our plants, they will still receive all the sunlight they need, but the weeds will not.  Startin to make sense?

Right about here I’m going to toss in a short video that I just made because this is really about Interrupting the life cycle of weeds.  This video also sorta features the Action Hoe which I have shown you in the past.

So in other words, when and where you can not control sunlight, you only other options are chemical weed control and cultivation.  Cultivation works great, but pay attention to the video.  Because in order for cultivation to work, you have to be on top of it and not be a week, two weeks or three weeks late with your cultivation.  You have to do it on time!  If you do, you will win the battle of the weeds.

One more thing about the movie.

Read that last sentence again.  The hot sun killed the vegetation that we disturbed in the tilling process.  So in other words, by tilling, allowing the soil to rest and tilling again and again, we eliminated all of the active roots in the soil.  That’s a big, big point, make sure you grasp that.

Another thing about the movie.

Did you see all of those weeds I was taking out with that action hoe?  No you didn’t.  That’s because those weeds were so small the video camera did not capture them.  But they were there.  Thousands and thousands of them.  Have any idea what that little tomato garden would look like in three weeks if I hadn’t done that?

But by getting to them when I did, getting rid of them was a breeze. The second way to control sunlight.

Step one.  Get the bed under control just like we did in the movie.  No weeds in sight, no active roots hiding in the soil.  Now you can use newspaper, 9 layers thick over the soil, then mulch over that.  Newspaper used as described does an excellent job of controlling weeds and weeds seed.  However, it won’t last forever.

Weeds love mulch!  They eat it up.

Not right away they don’t, but mulch decomposes into some really, really nice topsoil and that’s good for your gardens, it’s good for your plants, but it’s also good for the weeds.  So you have to know that newspaper and or cardboard and mulch are a temporary things that work great for a time.  But there is an end to their effectiveness and if you are really, really smart, and I know you are, you’ll stay on top of the situation and as soon as you see a weed you will eliminate it immediately. Does weed control fabric work?  Here’s an article with photos.

The only thing that weed control fabric has ever done for me is make me crazier than I already am.  Listen, it’s not my purpose to bash garden products and I hate doing it.  But I have an obligation to you, my loyal subscriber, and it would be completely wrong of me to let you believe that this stuff is going to make your life easier.  Re-read the paragraph above about how much weeds love mulch.

It doesn’t work forever, but once it’s in there it stays until it is removed, and you gotta trust me on this, I spent 20 years re-landscaping homes.  I’ve re-landscaped over 500 homes, I know what I’m talking about.  I know what it’s like to remove weed control fabric once the situation has gotten out of hand.  It’s not easy!  It’s dang hard.  And . . . get this, you can’t till the soil if it’s in there!  It’s a flat out mess that only brute bull work, hard labor can fix.

Does it ever make sense to use Weed Control Fabric?

It can still go wrong.  Dust blows in and pretty soon there is enough soil on top of the fabric for weeds to grow.  If you don’t stay on top of the situation, you will have a mess.  I promise you will.

Chemicals.  I Loves Me Some Chemicals.

I know I am going to get blasted for saying that, but folks, we’re all grown ups and I have to face the facts.  I know that many of those that will read this article have no problem at all going into the garden store and buying chemical weed controls.  And I am going to be perfectly honest with you, I couldn’t run my nursery without pre-emergent herbicides.  The weeds would put me out of business in a month!

I do everything in my power to not spray insecticides, but weed control I have to use.

So, knowing what I know about people I would be doing many of you a disservice by not having this discussion.  Basically there are two types of chemicals that are typically used for weed control.

A post emergent herbicide is used to control weeds that have already germinated and are actively growing.  Most of these are considered non-selective which means they are designed to kill weeds and plants in a responsible way.  Not by poisoning the soil, but by interrupting the internal function of the weeds.  Being non-selective they will kill or seriously damage any plant that they touch.

The most popular post emergent herbicides are the ones that contain glyphosate because it only attacks the plant and not the soil.  Others will tell you differently, but I have been using these kinds of post emergent herbicides for at least 37 years and the only thing that I can report are positive results.  Am I proud of the fact that I’ve used chemical weed control for 37 years?  No I am not.  I’m disappointed that an organic alternative has not been found that works equally as well.  But it’s just not out there.

Why Weed Sprays Don’t Work for You.

Cause you ain’t doing it right, that’s why.  Most people think they can spray the weeds then take the summer off.  But it’s not that simple.  Post emergent herbicides only control the weeds that are showing and do absolutely nothing for the weeds seed in the soil.  You have to control both, and you have to do so with different techniques and strategies as described above.

Do not over apply weed killers.  More isn’t better.  More makes them less effective.  When applying a post emergent herbicide,  #1, read the label and follow the directions exactly as they describe including any protective clothing recommended.

Do not apply to the point of run off.  It really only takes a very small amount to do the job.  Only spray the leaves not the roots.  These sprays work from the top down, not the roots up.  If you have product dripping off the leaves you are applying to much.

A pre-emergent herbicide is an herbicide that prevents weed seeds from germinating and I promise you they work really, really well when used correctly.  But keep in mind, they only control weed seeds, so you have to get rid of all of the existing weeds, and the active roots in the soil before you apply a pre-emergent herbicide.  I explained exactly how to do that above.

One of the most popular pre-emergent herbicides on the retail market is Preen.  Lots of people will tell you that it doesn’t work, they’ve tried it, it just doesn’t work.  Keep in mind, at the beginning of the video I tell you that most people never get ahead of the weed control game.  Preen works if you have your beds free of weeds before you apply it.  Questions about Preen?  Check their Website for Answers.

We use a lot of pre-emergents in the nursery business.  Because, if we didn’t the weeds would put us out of business.  I know people don’t like to hear that, but it is the reality of anybody that does farming.

My Hat is Off to Organic Gardeners the World Over.

But most nursery owners and farmers will tell you that they use a lot of organic gardening practices in their business, but they won’t claim to be organic gardeners because there are times when chemicals have to be used.  I dream of the day when that won’t be the case, but right now it’s not the reality.

How One Guy Sold $500 Worth of Plants to His First Customer.

Questions, comments, mean hateful things to say to me?  post them below.

We sold out of 'Humpback Whale' hosta pretty early this year. Humpback Whale is pretty impressive hosta and this one really hasn't matured yet because they can get three feet high and 7 feet wide. I've also seen photos of them that show them to be a lot … END_OF_DOCUMENT_TOKEN_TO_BE_REPLACED

How pretty is that? And it's a ground hugging perennial that comes back year and year. These plants were new to our nursery last year so Pam and I planted three of them in our landscape at home. Not only did they do really well last year but they wintered … END_OF_DOCUMENT_TOKEN_TO_BE_REPLACED

I've been working on my perennial bed at the nursery and this Electric Red Dianthus caught my eye and was screaming "make my picture". So I did! Dianthus in general are great perennials for your garden. They are super winter hardy even here in cold … END_OF_DOCUMENT_TOKEN_TO_BE_REPLACED

Me and the donkeys made a movie for you about caring for your flower bulbs after they bloom. It seems to be that the standard practice is to roll the tops into a ball, put a rubber band around them and wait for them to turn brown before you cut them … END_OF_DOCUMENT_TOKEN_TO_BE_REPLACED

Listen up, me and the donkeys, Finnegan and Fergus, made a video for you that just might save you a giant headache when it comes to your power equipment. I made this giant mistake and hopefully this will make sure that it does not happen to you. Not … END_OF_DOCUMENT_TOKEN_TO_BE_REPLACED