You buy all the seeds and small plants for your vegetable garden. You spend time day dreaming about the day you will pick all the fresh vegetables. But, what you didn’t think about is your soil. Maybe you did, because you’re still having problems that don’t involve garden pests. The problem could be your soil.

Know the signs of bad soil, and what can cause it, before planting your garden.

Here are 10 indications of bad soil and how to fix the problem. 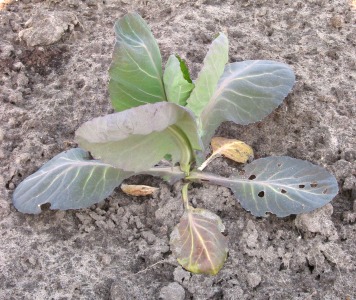 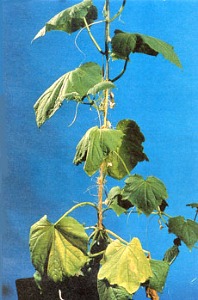 We sold out of 'Humpback Whale' hosta pretty early this year. Humpback Whale is pretty impressive hosta and this one really hasn't matured yet because they can get three feet high and 7 feet wide. I've also seen photos of them that show them to be a lot … END_OF_DOCUMENT_TOKEN_TO_BE_REPLACED

How pretty is that? And it's a ground hugging perennial that comes back year and year. These plants were new to our nursery last year so Pam and I planted three of them in our landscape at home. Not only did they do really well last year but they wintered … END_OF_DOCUMENT_TOKEN_TO_BE_REPLACED

I've been working on my perennial bed at the nursery and this Electric Red Dianthus caught my eye and was screaming "make my picture". So I did! Dianthus in general are great perennials for your garden. They are super winter hardy even here in cold … END_OF_DOCUMENT_TOKEN_TO_BE_REPLACED

Me and the donkeys made a movie for you about caring for your flower bulbs after they bloom. It seems to be that the standard practice is to roll the tops into a ball, put a rubber band around them and wait for them to turn brown before you cut them … END_OF_DOCUMENT_TOKEN_TO_BE_REPLACED

Listen up, me and the donkeys, Finnegan and Fergus, made a video for you that just might save you a giant headache when it comes to your power equipment. I made this giant mistake and hopefully this will make sure that it does not happen to you. Not … END_OF_DOCUMENT_TOKEN_TO_BE_REPLACED